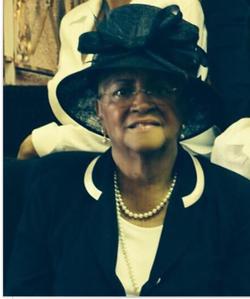 Gloria Choice, known as "G.Choice" was born and raised in North Philadelphia. She is viewed as a pillar of strength in her community with a strong belief on the good and honest work of all people. As a God fearing woman, with more than four decades of service, she has made it her life's work to help families in need.

G. Choice is an advocate for education. She is a graduate of Community College of Philadelphia (76') and American Academy McAllister Institute (78')New York, NY. In 1994, G. Choice was awarded divinitatis doctor by James Christian College.

As a woman and pioneer in the funeral service industry, she continues to work daily to pursue her passion. G. Choice works full time at her individually owned and operated establishment as President,Licensed Funeral Director and CEO.

Since 1978, Mrs. Gloria Choice, along with her husband Eddie Choice (deceased) have built a legacy, as well as lifelong relationships based on honesty, integrity, loyalty and mutual respect. Her vow then, and now is to provide premier funeral service to our community while maintaining the highest level of ethical business practices.

These same values and ethics have been instilled into her granddaughter, Britni' the 3rd generation of her living legacy. 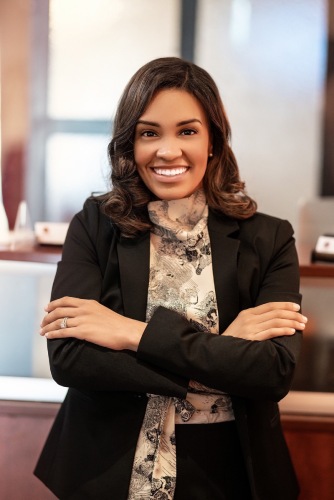 Britni’ is a charismatic, educated and God fearing millennial.

As a Philadelphia native, she is a graduate of the Philadelphia school system and earned a baccalaureate degree and an applied science degree from Kutztown University and American Academy McAllister Institute, respectively.

As a modern day Philanthropist-in-the-making, her gifts and talents support and influence the next generation. Her administrative expertise is displayed through her current Vice Presidency and business finesse shown as the third generation director and owner of the 41 year old G. Choice Funeral Chapel Inc.

Her entrepreneurial mindset has afforded her the following professional licenses: Funeral Director, Insurance Agent and Notary Public. Additionally, Britni is the CEO of her own fashion merchandising business as well as Heirloom Foundation, a Non-profit company offering services for the wealth of others.

Britni is married to the charismatic  Tarawa "TC" Cartwright who supports her in the daily operation of business, as well as in ministry where supports him as Pastor, in the role of leading lady of National Temple Worship Center.

Britni is a phenomenal wife, daughter and sister, but the most fulfilling role she enjoys is as an incredible “doting mother” of two intelligent and future world changers, MaxMorgan and Tarawa Lee Cartwright, II.